LANGLEY UK, 8 November 2021 – After nearly two years, today, the US has reopened its borders to fully vaccinated international travellers arriving via air from the 26 Schengen countries in Europe, Ireland, China, India, South Africa, Iran, Brazil and, of course, the United Kingdom. Research from the World Travel and Tourism Council (WTTC) estimated that the US economy could have lost up to $40 million a day just from the lack of U.K. visitors alone.

Travelport, a global technology company that powers travel bookings for hundreds of airlines and thousands of hotels worldwide, today released the below trend data highlighting the U.K.’s excitement to trek back across the pond.

U.K. Leading Europe and the World in US-Bound Travel

The Need to Travel Now 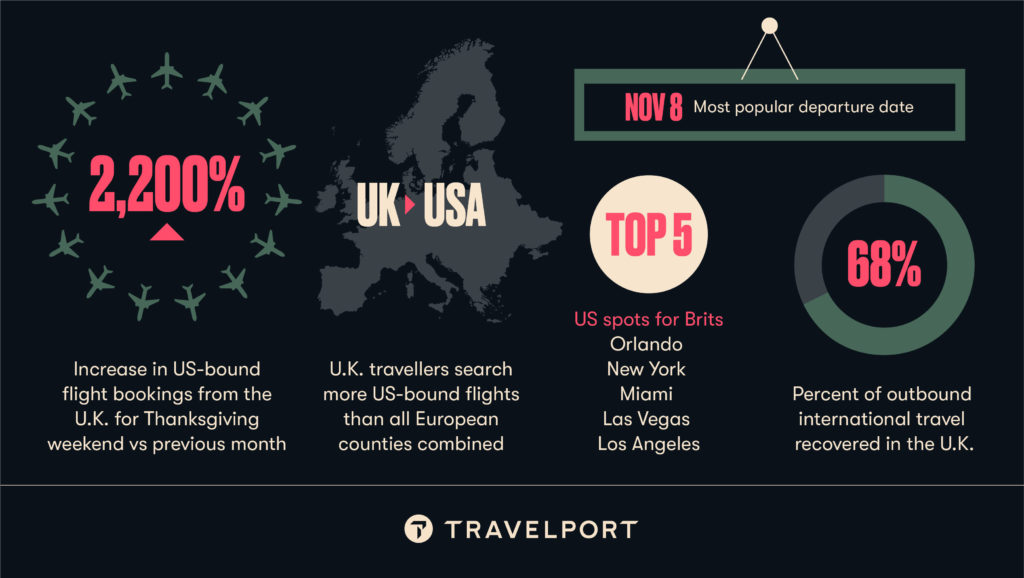 Together with two of its partners, Virgin Atlantic and Trainline, Travelport shines a light on the sector’s current initiatives with a focus on creating a greener industry for tomorrow.
View Press Release
View All Press Releases
© 2022 Travelport. All Rights Reserved Web Design Agency
Back To Top